There's a lot to do in downtown Orlando but for those with a fun-loving, free spirit it's hard to beat the eclectic vibe of the South Eola District. According to the City of Orlando, the South Eola District includes the all the condos and attractions surrounding Lake Eola. The area also extends south of the lake to the 408 Freeway and runs from Pine Street over to Summerlin Avenue. That's a pretty big chunk of territory and it's mostly south and east of the Central Business District.

So what's so attractive about living there? A better question might be to ask what the South Eola District doesn't have. Here are a few of the area highlights.

Relax and Play at Lake Eola

Lake Eola is South Eola's epicenter (even though it's technically at the northern corner). While always the center of downtown, over the last 150 years Lake Eola has grown into a diverse community playground and entertainment hub with Disney's outdoor amphitheater, the lake fountain's multi-million dollar light show, paddle boating, picnicking on the many manicured acres of park and riding or strolling the hike and bike trail that circumnavigates the water. There are several highrise condo communities, like Waverly on Lake Eola, that surround the lake and give residents easy access to all its amenities.

Mingle and Shop at the Sunday Farmers Market

South Eola is also home to Orlando's downtown Sunday Farmers Market. Residents and tourist alike flock to the stalls of fresh, locally grown produce but there's a lot more going on. There's a beer and wine garden for sampling and hours of free, live entertainment. Bring your partner, pooch or pals and shop for art, jewelry, homemade soap and a variety of healthy green plants and colorful flowers. 101 Eola is one of the newest condo highrises in south Eola and its within walking distance to the market. This modern residential tower features floor-to-ceiling glass exterior walls, 10 foot ceilings and marble accents. It's also steps away from the boutiques in Thornton Park.

Food, Drink and fun is just a Walk Away

Get your Starbuck's fix, or grab some groceries at Publix, all in the South Eola district.  There are plenty of restaurants in this area as well, including Spice Modern Steakhouse, with lakeside dining and freshly made ingredients. In the evening, music and shows are waiting for you at The Abbey on South Eola Drive.

Most of the South Eola condos on the shores of the lake, especially on the north side, are high rises. Thornton Park has some quaint, low-rise conversions as well as some contemporary mid-rise condos. There are no high rises at all in the farthest south Eola streets. The Jackson is one of the tallest condo highrises in this area. It is eight stories high and offers one to two-plus-den flats with lots of windows and granite counters. Residents love the community rooftop terrace with wet bar for lounging and taking in views of the lake and skyline.

Wherever you go in the South Eola District there's almost always a corner coffee shop or juice stand waiting to refresh you with a hot cuppa, a fruity/green power boost and some fresh healthy bites. It's nice to know there's still a friendly, low stress vibe right in the heart of downtown Orlando.  Check out more South Eola condos below.

Though not guaranteed, information and statistics in this article have been acquired from sources believed to be reliable. 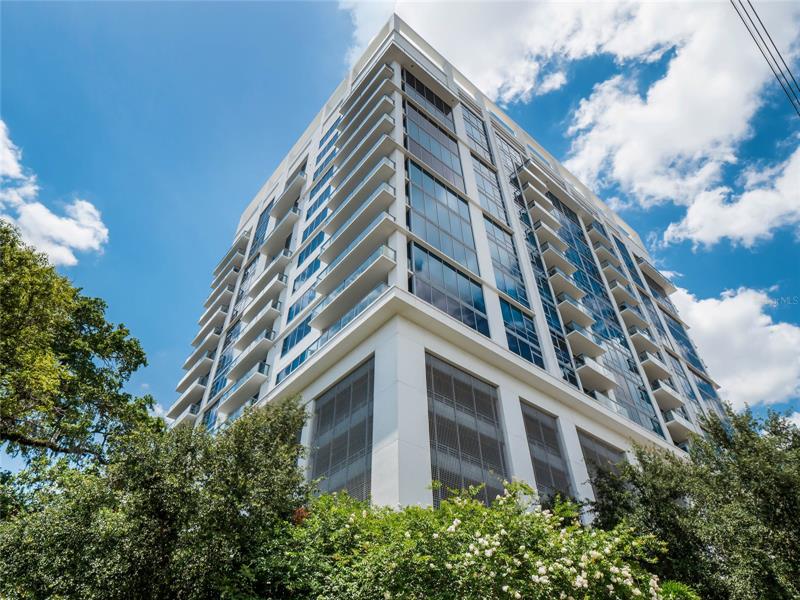 Star Tower is a premier modern high rise community in downtown Orlando within walking distance to Lake Eola, dining, shopping, nightlife and entertainment in the Central Business District. This 18-story tower was built in 2008 as a mixed use facility with retail on the first floor and 100 private residences. Enjoy a rooftop pool/spa and observation deck plus resident's lounge, fitness center and 24-hour attended lobby.

The individual condos at Star Tower come in spacious 1-2 ... 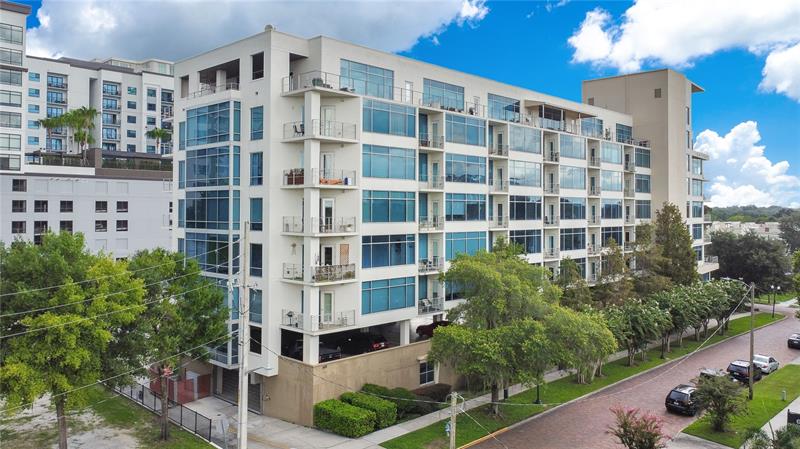 THE JACKSON Condos For Sale!

Enjoy sleek, urban contemporary living adjacent to Lake Eola and the Thornton Park District with a condo at The Jackson in downtown Orlando. These homes were built in 2006 and are located within walking distance to the lake, park, dining, shopping and the employers in the Central Business District. This 8-story tower also has secure underground parking, with street parking for guests.

The condos at The Jackson are 1-2 bedroom units with tall ceilings and huge glass windows that ... 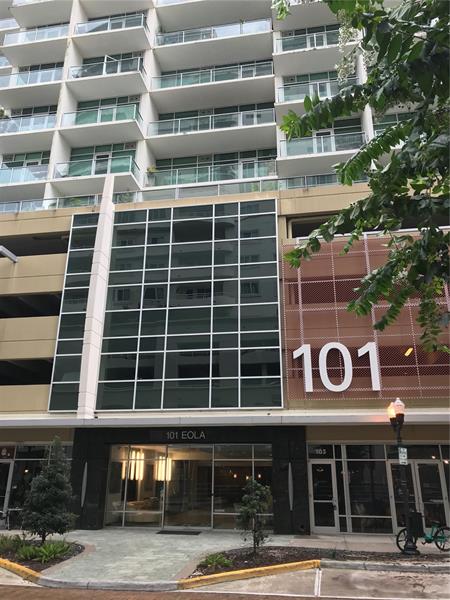 If Orlando's Thornton Park is one of your favorite areas in town, then consider the modern condos at 101 Eola. This crescent shaped mid-rise is located in South Eola within walking distance to the lake and park. Enjoy strolling the charming brick paved streets, the cafes and boutique shops in the Orlando's Central Business District nearby.

Amenities at 101 Eola include secure garage parking and a pool/spa and fitness center on a fifth floor deck. Retail is on the first floor of ... 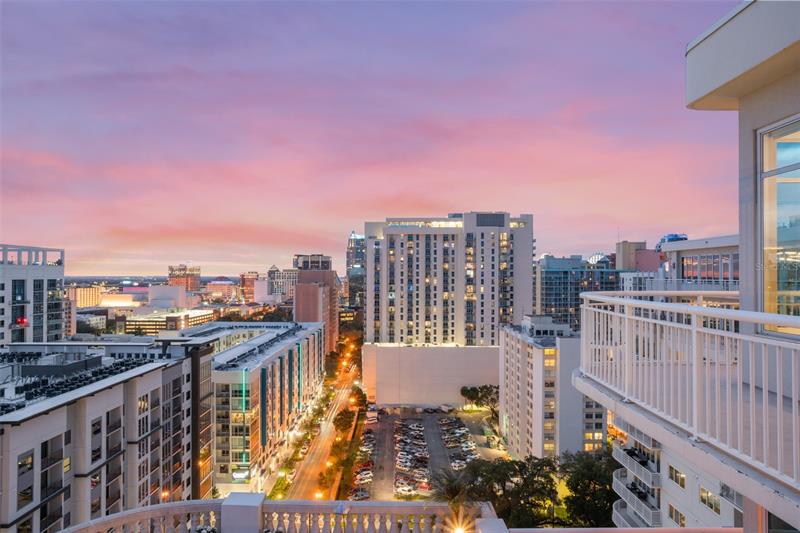 Treat yourself to ideally located, sophisticated urban high rise living with a contemporary condo home at Orlando's Sanctuary Downtown. This residential community was built in 2005 in the sought after South Eola District close to restaurants, wine bars and boutiques. Walk to Lake Eola and Central Business District employers.

The condos at Sanctuary Downtown range from 1-4 bedrooms with some penthouses. These elegant and spacious homes feature tall ceilings and roomy private ... 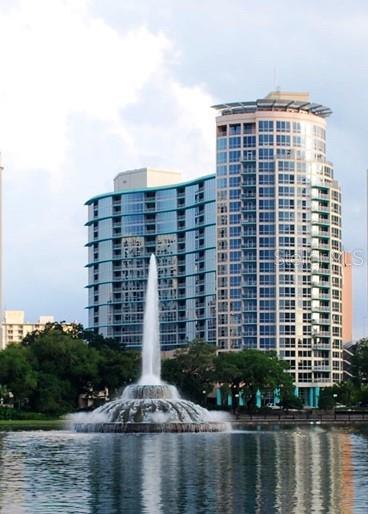 Waverly on Lake Eola is an award winning residential high rise on the south side of the lake with top tier amenities and a "wave like" building profile that reflects the movement of the water. This community of 233 units was completed in 2001 and has a street level courtyard, health club, pool terrace and private gardens. This 24-story glass tower has assigned garage parking and its location right on the lake makes it easy to walk to dining, shopping and entertainment. If you work downtown, ...

The 32801 zipcode encompasses the Downtown Orlando area and has many of the nicest highrises in Orlando. Many of these condos are centered around Lake Eola and the park area that circles it. Why not have a view of the skyline and the lake too? Vue at Lake Eola is one example that has some great views from the higher floors.

Residents of condos in 32801 have plenty of restaurants and bars at ...

Information Deemed Reliable But Not Guaranteed. The information being provided is for consumer's personal, non-commercial use and may not be used for any purpose other than to identify prospective properties consumers may be interested in purchasing. This information, including square footage, while not guaranteed, has been acquired from sources believed to be reliable.